U is for Ux 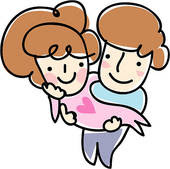 Ux, I found is the Latin 'legal' word for wife. Apparently. Well, soon I get to celebrate my first anniversary as an 'ux' with my husband (I don't know the Latin equivalent unfortunately..) August 7th. The day after I start my new job.. I will admit to everyone who reads this that I did not in fact remember the date, and had to check on Facebook for the actual date. I thought it was the 12th for some unknown reason. I know, an epic fail, but I think it is pretty hilarious. Anyway, nearly one year as an ux.
So what's it like being an ux? Well, that husband of yours is around a lot more. He becomes so engrained in your daily life, that he makes up part of it, so if he's gone for a couple of days, for example, (say on a 'business trip' if that's what they want to call it..otherwise known as 'boozin' with the guys') the daily routine wobbles a bit, loses its balance, and can't really stabilise until the other half returns (hopefully with gifts so we know we weren't completely forgotten amidst all that 'business'...). Then things fall back into that comforting routine of before.
The house is not just for you anymore; it's for two. All that mess you would rather leave and ignore until it suits you really should be cleaned up straight away because you don't want to be seen as
the messy one of the two. Then I'm blame free. Well, this is how it's meant to work, but obviously no one is perfect. Anyway, I just try to hide it by labeling all my 'mess' as 'organised mess' then maybe I can half get away with it and uphold my stature as 'the tidy one'. That's the plan, anyway.
Then there is all the 'boy' jobs which you can now create. Of course, the boys take on the role of bug-zapper, the fix-anything-to-do-with-the-car man, the reader of instructions, and the put-it-all-together-man. To be honest I'm fine with most of the typical 'ux' jobs, as long as the boy does all this other stuff. Stuff that I can't do and/or hate doing anyway. Very stereotypical, but it kinda fits.
So one year on, and yes, I've learned a lot about that man as a person. First off, sometimes he does things which make my head spin. Like putting the ice-cream in the fridge, or the dried pasta in the fridge, or not putting all those carefully folded (by me!.. because I'm nice) clothes away, resulting in a creased pile on the floor. Left to him, we would be living in a cup graveyard and eating cereal for dinner - every night. Our plants would wilt away and the bed would forever remain a ruffle, the veggies would rot and the milk would go sour. Everything would be forgotten... well, most things. I admit, he's pretty good at paying bills on time. :) But, I have to say, I like my role as an ux. I have a role, he has a role, and they (mostly) complement each other. 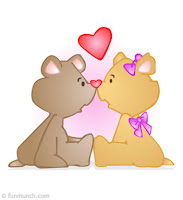 That other half, as I said before, well he's just always...there. In the evening when we are just reading, or watching a movie, at the store when he is huffing and puffing and I'm just trying to wander and browse, in the morning when he is a zombie and I am whizzing the blender. Morning afternoon, evening, weekend; just always there. To be able so spend so much time with that one person who compliments your life so well is such an astounding gift, and well worth celebrating. And maybe we will just do that on 12th, err, no, 7th. If he doesn't forget.