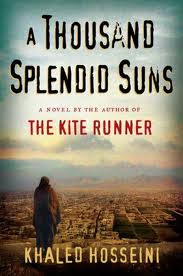 Pick up any newspaper anywhere flick though it and it won't be long until you read some report about one of the many atrocities going on around the world. Articles on the political situation, others on the humanitarian crisis, comments in the opinion section. For the most of us, this may well be the only way such dramatic world events will affect our lives: through media sources. The only affect we may feel is an increase in petrol prices. Nothing compared to what those stuck in the middle of a dictatorship or a war may have to suffer. Neither can we ever begin to understand this situation unless we ourselves were to be in such a tragic situation. Our imaginations would not be able to even conceive it. Even though the media often tries to convey the sufferings of innocent civilians, we still find it hard to relate to any of it; it is so far away, in some distant culture affecting distant people. We need to feel a connection. This is the magical quality of A Thousand Splendid Sons. The author, Khaled Hosseni has managed to bring his characters to life, and has effectively written a biography of the lives of the Marian, Leila, Rasheed. They existed, they still exist throughout Afghanistan. The experiences, emotions, trials and tribulations as well as the joys and friendships which intertwine themselves around the lives of each and every Afghan comes alive through the author's writings.
The characters in the story are not only lie in the pages of the story. They live throughout Afghanistan. They are the Afghan people. Rasheed lives in many Afghan homes, with his almost dictator-like demeanour. He is fed the political ideals which shaped the country, leading him to become just like so many Afghans who have been brainwashed by politics, which as a result has been a significant factor in the religious violence we have seen in not only Afghanistan but many other places. Rasheed represents not only the tyrannical husband, but is also a symbol of the authoritarian powers which have reigned over whole countries, and suppressed nations, just as he does his family. The relentless fortitude of Marian after her many years of suffering under Rasheed is a vivid example of the lives of so many women in Afghanistan. Locked into her forced marriage to a total stranger, to whom she must then dedicate her life with the knowledge that she has no other option while living in a country undergoing such political turmoil. Her childhood hopes drown, and her skin thickens when she is suddenly thrown into her new life, and her only escape is to hide behind her burqa. However, it is this suffering which brings about her strength to commit her final act. She condemns herself to continue her life filled with suffering so that other lives can be free. And as a result she herself becomes free. Leila is the glimmer of new hope which comes with the birth of a new generation. She struggles against what the authoritarian regimes have created, even though on many occasions her efforts are overthrown by the tyrannical forces which suppress anybody who contends them. But still she fights. Her continual efforts remind us never to give up, even when hope is not even a glisten on the horizon. She is a reminder of what lies underneath all dictatorships; real people with real emotions and desires. Tyrannies may destroy people, but they cannot kill what lives inside of all of us. And it is this strength which lies somewhere inside of us which pushes us through in the face of adversity.
The writer portrays the real true consequences of authoritarian regimes, through following the life of what no doubt could be real people, in real situations, facing a real daily struggle. He manages to brings these traumas from distant lands right to you in your home through his powerful words through his fiction. But the truth is, his words ring true.
Posted by Stephanie B at 13:57 No comments: 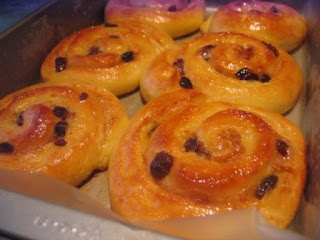 Two weeks into lent. I've done this on numerous occasions and it's really no big deal. As soon as you complete your challenge once, you are positive you know you can do it, and that stress of whether you will succeed disappears almost completely. So here I am. What still remains, however, is the blatant denial which you have to subject yourself to. Once you get used to this, it's fine, but then comes along the craving. You will beat it, but it lingers over you for a while. Recently, this has taken the form of a 'pain au raisin', or 'caracol con pasas' (something like that). I don't really know the English term for them. They are kind of like a danish pastry, in a swirl shape, with raisins. They also contain this gooey goodness inside of them, and when served warm from the oven are absolutely divine. They were jumping out at me in the patisseries in the streets today. Yet I don't do giving in. I have a sneaking feeling they will most definitely be one of - if not the - treat which I will devour at Easter. The eggs can wait.
One of the things I love about lent is that as I evidently still have that sweet treat desire, I am able to rediscover all of the other decidedly delicious and healthy options which so often get left behind. I had forgotten how sweet and chewy and downright yummy that dried figs and dates are. Also, cut up some fruit and mix it with a dollop of yogurt and your taste buds will sparkle into action. Sprinkle some dried fruits on your cereal and let the fruits get to work.
All of this for some reason has given me the ache to bake. I'm making plans to try out some fig bread/cake recipes, along with any other fruity bread/cake creations. I don't really know what has brought on this sudden baking burst, but I'm more than happy to exploit it:) When the time comes.
Posted by Stephanie B at 07:42 No comments: 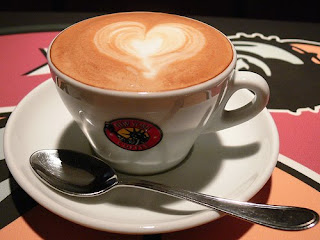 So small and seemingly insignificant, yet filled with an immense happiness power. That's the little things. They are often brushed aside in a whim, leaving us devoid of these simple pleasures which unwittingly fill us to bust with joy. For me these miniature happiness bursts are so crucial in my little world that I have some kind of burning necessity to seek them all out, express my joy for them, say a little thank you, and insist on their importance in everyone's world.
Your hot shower in the morning. Take that away and your day just may take a turn for the worse. So too may missing your morning coffee. Anarchy may prevail. Our day to day happiness really does rely on such seemingly unimportant details, and our body almost cannot function without it's mini routines and pleasures. We are such creatures of routine that we often do not realise to what extent we subconsciously demand them. I constantly fall victim to the demands of my mini desires, especially recently as my daily routines and surroundings have changed on a number of occasions recently, and right now it seems like everything is being shaken up like a cocktail. Bring on the day when some routines and order are established and I can take pleasure in my own little things, which bring me so much happiness.
Posted by Stephanie B at 07:40 No comments:

Three months with tourist status over in the blink of an eye. Five months waiting for a visa passing by with the pace of a snail. The best things are always over too soon, while all those irksome torments in the world never seem to end. Bureaucracy may well be a necessity but it certainly knows how to cause turmoil. That just about sums up the situation right now, with a whole lot of not much I can do about it. So back to that city of Barcelona once again, waiting.
While it is far too easy to focus on the negatives, there are lurking somewhere underneath this waiting game some positives: I have a free place to stay and something to keep me mildly occupied. I returned to the city that haunts me because I was able to stay in the hostel where I used to work in exchange for a few hours of work. Otherwise I probably would be paying for my accommodation during my few weeks in Spain. It's not so bad really. My own bed is, however, infinitely better. I think we all enjoy our home comforts, so rip them from under me and everything becomes that little bit more awkward.
Just before my return I remember my little buzz of excitement from knowing that I would be able to walk around a city again, walk to a shop and browse around the city. Yes, I stretched my legs and enjoyed take a little extra time enjoying being amidst all the little pleasures of the city. What wasn't so prepared for was being hit once again by the smoke of the infinite amount of people who for some extraordinary reason partake in this bizarre habit. It was a shock to my system and I had forgotten how deeply embedded this is into the Spanish culture. I am totally in favour of the new smoking law which has banned smoking from all bars and restaurants in Spain, but now - even though this was still essentially true before the ban - it seems that nearly all of the people on the street are smoking a cigarette. It chokes. My leisurely wander around the streets has become that little bit less enjoyable. Add to that the creepy passing comments which can be received from certain lowlifes in society and that's your stroll somewhat ruined.
On the bright side, the multitude of little cafés which reside throughout the city bring coffee joy, with an attempt to read the news in Spanish thrown on top. I can only let my eyes linger over the delicious yet sinful treats that stare at me from the patisserie windows; we are deep in the grasp of lent, and all the better for it.
The fun wears off the little walks very quickly. Of course. I'm full of that thing called life and it's bursting out of me. I feel like I am throwing great potential down the drain and this is brings me great disappointment. To feel like one has made a positive contribution to the world and to oneself each day is a source of great self satisfaction, so take away the ability to achieve this and the fire in our human spirit will slowly burn out. At least now I know what makes me tick and I have every intention of sucking it all up when it makes an appearance.
Even with an abundant amount of time flying around at the moment, it still seems like there is some mighty force holding me back from completing all those unachievable items on the never ending to do list. I'm slowly resigning myself to the fact that they will forever be in this form, and so we really should stop beating ourselves up about what we haven't done, but be content with what we have achieved. This is no easy task to achieve. Put it on the to do list.
To cut a long story short, I think it is safe to say that I'm exceedingly exhausted of Barcelona, and I am totally scraping the bottom of the barrel for the enthusiasm to keep me pushing forward. I'm just going to invent the whole light at the end of the tunnel thing, because at the moment it's hidden around some corner somewhere.
Posted by Stephanie B at 07:02 No comments:

A Tourist in Texas.